Who is Sean Russell? 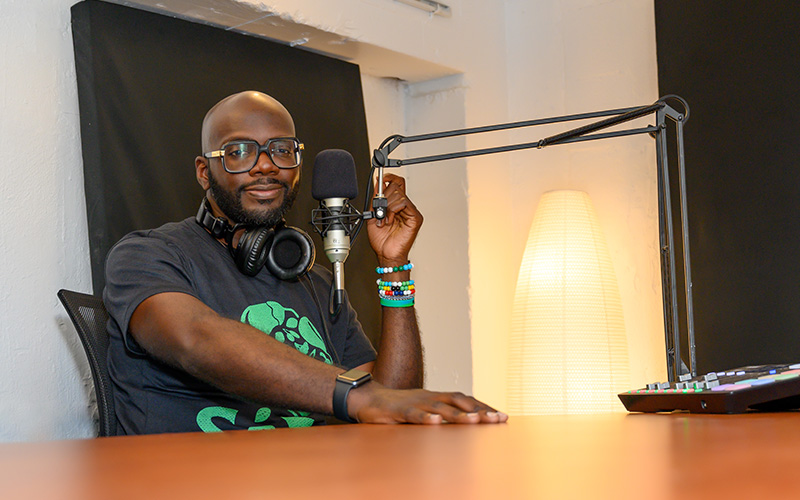 Dynamic.  It’s how you describe the plant-powered media producer, marketing consultant, and speaker, Sean Russell.  In the pursuit of his own passions, Sean is helping others discover their passion in the world.

Over the course of his career, Sean has managed to seamlessly integrate his love for education, technology, and entertainment.  He launched his media channel, Chester is Cool in 2005 to provide a platform for elementary students to have access to safe, fun, and free online resources.  The platform grew and became a home for Sean’s next project, a video production program for elementary students called Russell’s Roving Reporters.  Under Sean’s guidance, over 1,000 students have written, produced, filmed, edited, and shared their own video stories on the Chester is Cool platform.  He plans on getting more children interested and invested in STEAM (Science, Technology, Engineering, Arts, and Math) by introducing his program to over 100,000 schools, nonprofit organizations, and churches across the country by 2020.

A leader with a calm strength, Sean is an invaluable mentor to the children in his programs.  It’s his way of giving back and sharing the over two decades of media production and marketing expertise he’s gained from working with some of the largest organizations in the country (Broward County Public Schools, Nintendo, Nickelodeon, Warner Brothers, MTV, NBC, Miami Marlins).  He and his team at Lesaruss Media continue to provide promotional assistance to clients in the fields of education, the cultural arts, and plant-based living.

A highly respected visionary in South Florida, Sean has become an advocate for plant-based living.  He leads the SoFlo Vegans community and media channel, produces original video content for the nonprofit organization, Heal the Planet, and is the chair of the marketing committee for the SEED Food and Wine Festival, the 1st conscious plant-based food and wine festival in the country.  Through his own journey in learning about and adapting to the vegan lifestyle, Sean aims to showcase the people, places, and events that make South Florida a global hotspot for veganism.

Sean is described as a person of inventiveness, industry, and integrity.  He builds strategic partnerships, communities, and opportunities to learn.  No matter what project he’s working on or what audience he’s speaking to, he delivers with passion.

After attending the television magnet program at Hallandale High School, Sean earned his degree in Television Production with a minor in Education from Florida International University.  He has worked in entertainment and media production for over 20 years and has supported children and education for almost 15 years.

Sean Russell is currently open to collaborating on new projects.